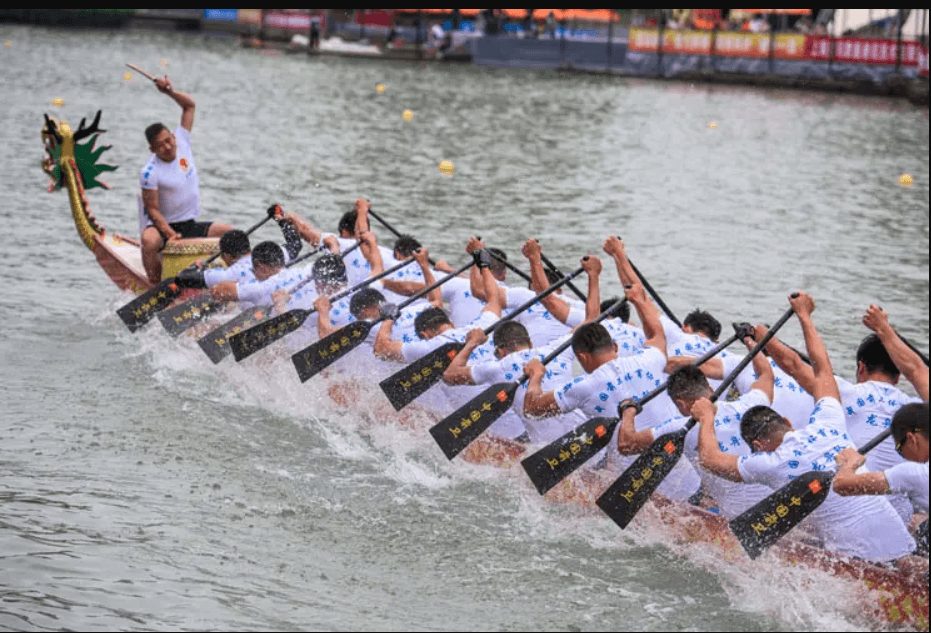 The Dragon Boat Festival is the most critical event in Shanghai every year, and you can attend if you’re interested in Chinese culture. During the event, you can see the dragon boats, which have 20 paddlers and a steersman, navigating through the water. Other traditions include wearing five-color string bracelets and drinking realgar wine. You can also try zongzi, a traditional Chinese food.

The Dragon Boat Festival dates back to Ancient China and honors the life of Qu Yuan, a loyal minister of the Chu King in the third century BCE. It is traditionally held on the fifth day of the fifth lunar month. There are many ways to celebrate it, including wearing five-color string bracelets and perfume pouches. Here, you’ll learn more about the festival’s history, origins, and customs that make it such a beloved tradition.

Other customs that have their roots in ancient China include wearing perfumed pouches, hanging calamus, and eating Zongzi. You might also see people wearing aromatic medicine bags to protect themselves from evil spirits. In ancient China, dragons were believed to control rivers and rainfall. These colorful strings are supposed to prevent disease and bring good luck to those who wear them. Besides being unique festival decorations, five-color string bracelets are also worn by children. So, discover more here to know more a lot about dragon boat festival traditions.

In ancient times, people drank realgar wine to ward off snakes and other insects. It is a yellow wine containing realgar, an herb traditionally used as an antidote and insecticide. It was even applied to children’s nostrils and earholes to sterilize them and prevent them from being bitten by insects. Today, people drink realgar wine as a traditional Chinese custom at the Dragon Boat Festival.

Realgar wine is an ancient Chinese beverage to ward off evil spirits and poisonous creatures. It is traditionally applied to the forehead and other body parts, including the ears and nose. In addition, parents braid five-colored silk threads around the children’s fingers to make them look like tigers. The wine is believed to protect the child from disease and evil spirits. Regardless of the reason, realgar is an ancient Chinese beverage that is associated with good health.

Eating zongzi is a traditional part of the Dragon Boat Festival. It’s an ancient Chinese dish that has a variety of international names. With various fillings and techniques, zongzi is made from rice wrapped in bamboo leaves. For example, in 278 BC, the dragon Qu Yuan drowned in the Miluo River, but locals rescued him by throwing rice parcels wrapped in bamboo leaves into the river. This is how the zongzi came to be eaten today.

One tradition of the festival is eating zongzi. Zongzi is made by steaming glutinous rice wrapped in bamboo leaves and is a popular snack during the Dragon Boat Festival. The zongzi’s unique shape and taste have been passed down from generation to generation. Traditionally, the rice dumplings were given as gifts and later eaten by their recipients. Nowadays, you can buy zongzi from bakers. Traditionally, the rice is wrapped in bamboo or reed leaves and tied with colorful silk cords.

Bathing in water infused with herbs is not new in China. For centuries, Chinese medicine has considered herbs to be beneficial for health. For instance, a bath made of boiled aromatic daisy plant was believed to cure skin ailments and purify the air. The ancient Chinese also considered herbs such as wormwood and calamus could expel evil and cleanse the air.

While the festival’s primary custom is dragon boat racing, there is also a medicinal market. This market is enormous and widely distributed during the festival. Many Yao people still use local plants to treat various illnesses. Therapeutic needs give them a platform to exchange and trade experiences with one another. Ethnobotanical studies of Jianghua’s herbal market suggest that the Dragon Boat Festival may mark the birthday of the Yao Medicinal Lord.

Brewing Up a Taste of Vietnam: A Guide to Vietnamese Coffee