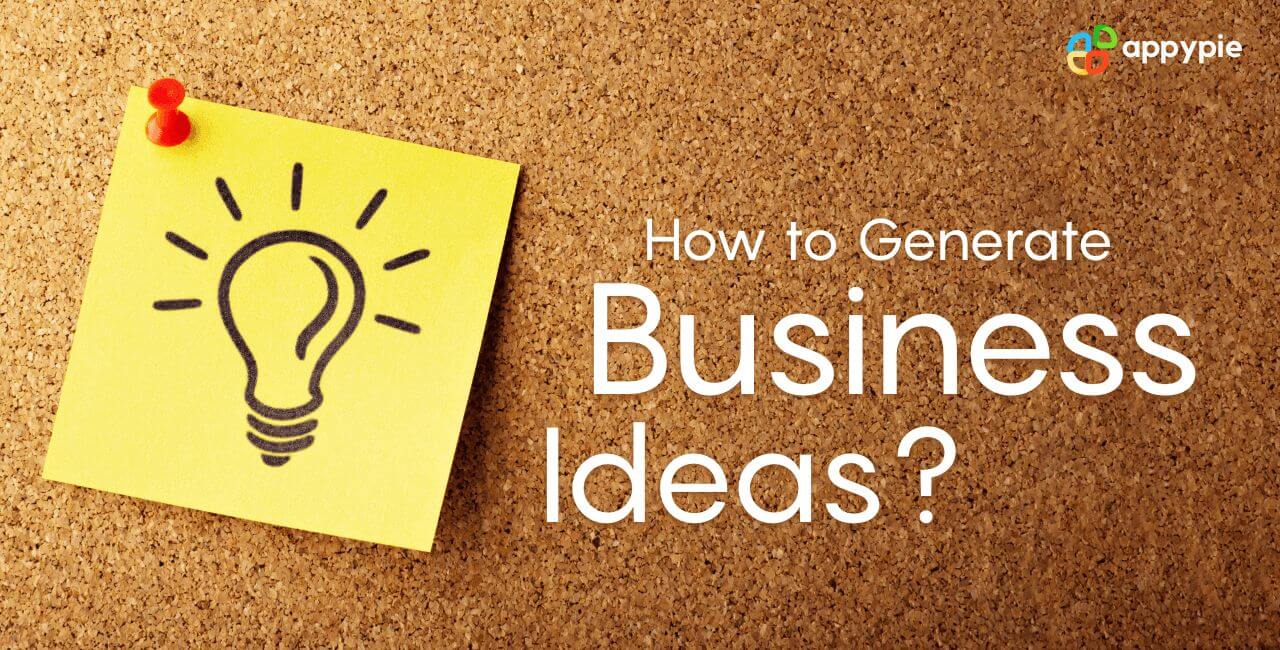 Any startup, business venture begins with an idea, doesn’t it?. Be it something truly unique or invented on the basis of a peeped and already operating business.

Not only those who want to launch a startup will find this article useful, but also professional founders, product managers, brand managers, growth hackers, marketers etc.

How many ideas are needed?

Let’s have a look at the statistics. It is widely known that only 1 startup of 10 is successful. At the same time, if we consider all stages of startup development from the idea to a profitable worldwide corporation, – we will see that 1 of 600 startups is successful.

So, how many ideas should a potential startup founder generate? – We suppose that at least something about 50-100.

This begs the question: in what time? – Well, it is difficult to answer. And you know it is not about some agreed KPI like “generate at least X startup ideas in Y days/weeks/months”. You know, the situation is that founders should just ensure the constant flow of new ideas to be elaborated, and the number of the ideas is not so important.

Startup ideas generation: a skill, not a magic power

Indeed, someone might think that he/she is unable to generate any ideas by default, because of lack of creativity, absence of product management skills or due to any other reason. But in fact, it is possible to learn, and to master the skill of idea generation. And anyone can. Let’s have a look.

Probably the title of this paragraph uncovers the idea. However, let’s discuss in detail. Will remind just in case that brainstorm is an idea generation framework for a group of people. According to the rules, a question is stated for the discussion. Participants are asked by rotation, and each one has to offer an idea. A moderator asks participants and puts all the proposed ideas down, usually on sticky notes. This way, many and many rounds of participants’ out speaking are carried out. It is important that participants of a brainstorm are not limited by anything, they are expected to propose any ideas, be it unique or not unique, simple or complex, silly, unreal by nature or large-scale/ At this stage, neither critics nor discussion of proposed ideas allowed. All the ideas are put down.

There comes a point when participants have nothing more to offer. The stage of discussion begins. Participants review and sort all the proposed ideas. Throw away silly, unhelpful, irrelevant, in other words, definitely-not-ideas. Interesting and helpful ideas are discussed. Step by step, participants leave the best ideas and transform them to development plans and tasks.

So the question is: why don’t you train your mind to perform such a brainstorm on your own? Putting down all the ideas and reviewing them from time to time. And selecting the best of them, launching some MVP – Minimum Viable Product, trying to transform the brainstormed idea(s) to a profitable business.

Indeed, when you start to do so, your earliest ideas will probably be silly and imply zero value. And will be thrown away right after the first review. But as we mentioned earlier, this is a skill and should be trained.

The more you practice this idea generation framework – the better ideas you will produce.

Well, the idea is clear. But how to launch the process of solo brainstorming? To start with, the task is to focus your mind in the right direction via relevant questions. Something like:

What things that surround me can be improved? What can I propose? Some examples:

In other words, the formula implies noticing things around you, be it some physical object or information. For example, it may happen that the idea of placing ads in space via satellites to be shown for billions of people was generated simply by watching the sky.

Asking open questions is a key to launching a brainstorm session in your mind. Put down all the ideas, without any critics and analysis. When you see that the flow of the ideas went out, check and analyze the written ideas. Evaluate them.

Start over with a new question.

So the challenge is to focus your attention on something that surrounds you and ask open questions, directing the thinking process to ideas generation. After some time of practice, the mind will think and generate ideas on its own, let’s say, “in the background”. You will notice that there will be something like a black box, where input is everything you keep in mind and output is new ideas. Not all the ideas will be about new business ventures, many of them will be not so ambitious, but still valuable. After you finish with this stage you will face a challenge on how to validate your idea. My advice is to start with our guide published recently at forbes.com. Short but very informative, it will provide you with 3 options to try.

The described idea generation framework might be applied not only by those who would like to launch their own startup. CEOs, brand managers, product managers, marketers, growth hackers etc. could also use it. Stating the task to generate ideas regarding their given product or business to constantly brainstorm ideas for.

I sincerely hope this idea generation algorithm will be useful for you and will help to convert your mind to an unstoppable assembly line of business ideas.

What Gifts Are Appropriate For Businesses to Give Clients During the Holiday Season?

Ray Lewis As a Motivational Speaker